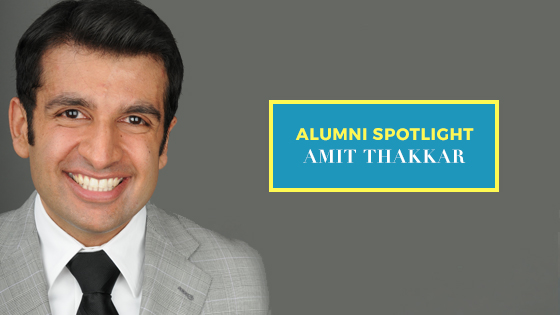 Amit Thakkar (Coro Southern California Fellows Program Alum, 2005) is the founder and CEO of LawMaker.io, where he provides direction and oversight to all facets of the company. Prior to that, Amit ran his own consultancy firm that focused on government relations, and founded Politi-Score in 2014.

We sat down with Amit to chat about his time as a Coro Fellow, and how he applies the lessons he learned today.

How does inquiry play a role in your life?
When I was just starting my career in politics, my mode of inquiry was entirely about asking other people questions and listening closely. On a day-to-day basis, I was responsible for negotiating between politicians, corporations, and voters, and I needed to really understand each of their needs and motivations to do my job well. At the time, that’s all I thought I needed to know.

Now, as I launch LawMaker to change our political process systematically, a lot of my inquiry is inward facing. I constantly find myself analyzing my motivations and core reasons for how we build and market the platform. Some features may help us bring in users, but may add to the political madness in which we’re already drowning. It’s a balancing act that requires a lot of introspection. We will continue to ask people how the political process can be improved, but a lot of our inquiry is internal now, which I think is a step in the right direction.

How did your Coro experience inspire the founding of LawMaker?
I was fresh out of college when I was a Coro Fellow. I still had a very compartmentalized image of the world. Coro taught me that the public realm is a puzzle, and every realm links with others to form a cohesive whole. Government doesn’t function alone; it is strengthened and weakened by the media, the business world, non-profits, labor unions and so many other sectors. And most of all, by its voters. During my fellowship, I talked to hundreds of California residents and voters. They all wanted safer communities, better schools, and more jobs, but only a minority actually engaged with their government between elections. I realized then that we needed to use technology to increase access to government. Several months after my fellowship ended, I wrote the first strategic plan for an organization that would aim for such a change. It didn’t have a name back then, but that’s when LawMaker was born.

What critical moment from the Coro Fellowship do you think back to most often?
During my fellowship, our class worked with the neighborhood of Westlake/MacArthur Park on a community improvement project. We met every week with a group of 40-60 neighbors and community leaders to talk about a single project we could work on together to improve the area. Prior to our first meeting, each of the fellows did research about the community and formed ideas for possible projects. The newspapers had talked about shootings near schools, high dropout rates, and a lack of social services. We each walked in with lofty ideas about how to make this community better based on secondhand reports and media headlines.

How misguided we were. It turns out, the neighbors not only had their own ideas, but they had a better sense of what was actually possible to accomplish. Their life experiences had shown them that lofty public projects often don’t accomplish much, but smaller tangible projects could really make a difference. They were concerned about the heart of their community, MacArthur Park itself, and wanted to turn that public space into a neighborhood asset that would help lift the entire community. They wanted to increase the police presence in the park, to reopen the bandstand for cultural events, to make street vending legal and to humanely treat the homeless. We were a group of ten fellows with lofty ideas that went in a hundred different directions. The community members focused us on what would really make a difference to them every single day. I learned a lot by realizing how wrong I was going in, and how much my perception could be expanded by talking with people who knew far more about the community than I did. In the past ten years, we’ve seen how the revitalization of MacArthur Park has made a significant difference in that community and to the city as a whole.

If you could go back and give advice to pre-Coro Amit, what would you say?
1) Take constructive feedback seriously. The criticisms that upset you are likely the most important for your growth.
2) Giving positive feedback is still constructive. It really helps for people to know what they’re doing well, as well as what they could improve. It also helps morale, which is tremendously important for any team.
3) You may be exhausted, but say yes to as many extra opportunities as you can. Coro Fellows get invited to amazing events. Take notes at a city committee meeting, volunteer at a debate-watching party, and carry your boss’ bag at a fundraiser (even begrudgingly). You never know whom you’ll meet or how much you’ll learn.
4) Sometimes, offer your help without expecting anything in return – it’s community-minded, it’s generous, and it makes the world a better place.
5) Stop talking, start listening.