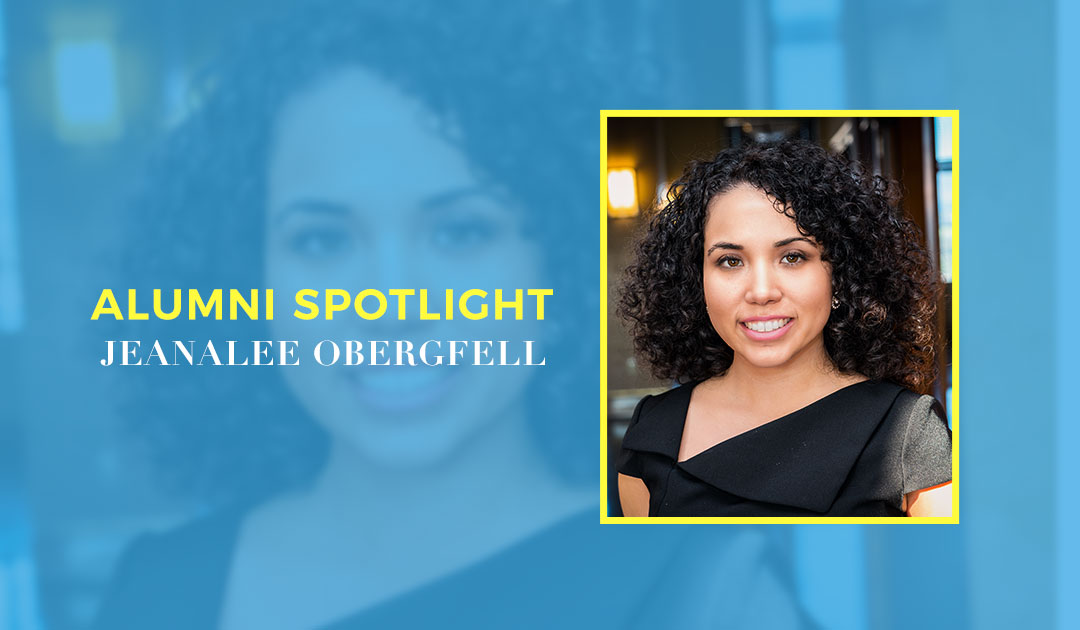 Jeanalee Obergfell is a City Planning Associate in City of Los Angeles’ Department of City Planning responsible for the review of analysis and clearance of land use proposals, development projects, and site plans including but not limited to housing projects located in the City’s innovative transit-oriented communities program.

Prior to working for the Department of City Planning, Ms. Obergfell was a Senior Policy Analyst with Mayor Eric Garcetti’s Sustainability team. She played a key role in developing the City of Los Angeles’ Sustainable City pLAn and LA’s Green New Deal. Jeanalee led the development of the City’s project proposal for the State of California’s Transformative Climate Communities program that awarded the City of LA $35 million for a project that promotes climate and environmental justice in the Watts neighborhood. She is a proud University of California Los Angeles graduate having earned both her BA in Political Science and Chicana/o Studies and a Masters in Urban and Regional Planning there. Jeanalee was recently honored by the national environmental news website Grist as one of Grist’s 50 Fixers for 2019 for her work in the City of Los Angeles combating climate change.

Tell us one fun fact about yourself!
In 2017, I spent 3 weeks on an Ignatian Pilgrimage with 19 friends, where we followed the steps of St. Ignatius, the founder of the Jesuits and the reason why there are so many schools named Loyola. We walked parts of the Camino de Santiago in Spain, traveled through his birthplace in Basque Country and ended our journey in Rome. Traveling through a foreign land with 19 adults and carrying everything we need for our journey on our backs was one of the most Coro-like experiences I have had since graduating from Coro in 2009. On our 3-week journey, we were constantly learning to lead and live with courage and vulnerability and that is ultimately the essence of Coro.

How do you bring Coro experiences into your day-to-day work?
Luckily, I work at City Hall – I get to see, interact, and work alongside Coro alum almost every day. It is easy to bust out a quick WIGO (What Is Going On) session in the hallway after a meeting. Coro also ingrained in me the importance of asking questions to try to understand the point of view of the person you are meeting with and made me realize the importance of trying to see and understand all sides of an issue. I know I do not have to agree with the person’s point of view but I think it is important to try to understand someone else’s logic and cultivate a space where different ideas are respected and encouraged.

What moment(s) from your time as a Coro Fellow do you think back to most often?
Sacramento week was such a formative experience for me both personally and professionally. Our class had such a jarring introduction to our Northern California counterparts that it felt like an episode in an office comedy sitcom. The week ended up bonding our class together. Sacramento week also cemented my desire to work in local government.

If you could go back and give yourself some advice during your time in the FPPA, what would you say?
I started the Coro Fellows program in September 2008 and ended it on June 2009. During our time in Coro, we would discuss and experience the Great Recession firsthand. I remember walking into a placement and being told half of the staff was laid-off the week before. It was a tumultuous and scary time to start a career but it forced me to take calculated risks that I probably wouldn’t have taken otherwise. I would like to go back to my younger self and just remind her to have faith in the journey ahead. I would also remind her to keep this ancient Chinese proverb in her mind during hard times: “It is better to light a candle than to curse the darkness.”

Any final thoughts you’d like to share?
Coro was an experience that shaped me deeply as a person and I have seen how the seeds that were planted in the program have grown now that it’s been a decade since I graduated. The skills I learned in Coro were incredibly valuable not just in professional settings but in personal settings as well. I am incredibly grateful for the experience and all the people behind the scenes and my placements that helped make it such a deeply touching and rich experience.