Discover The Backwards Brain Bicycle: What Riding a Bike Says About the Neuroplasticity of the Brain 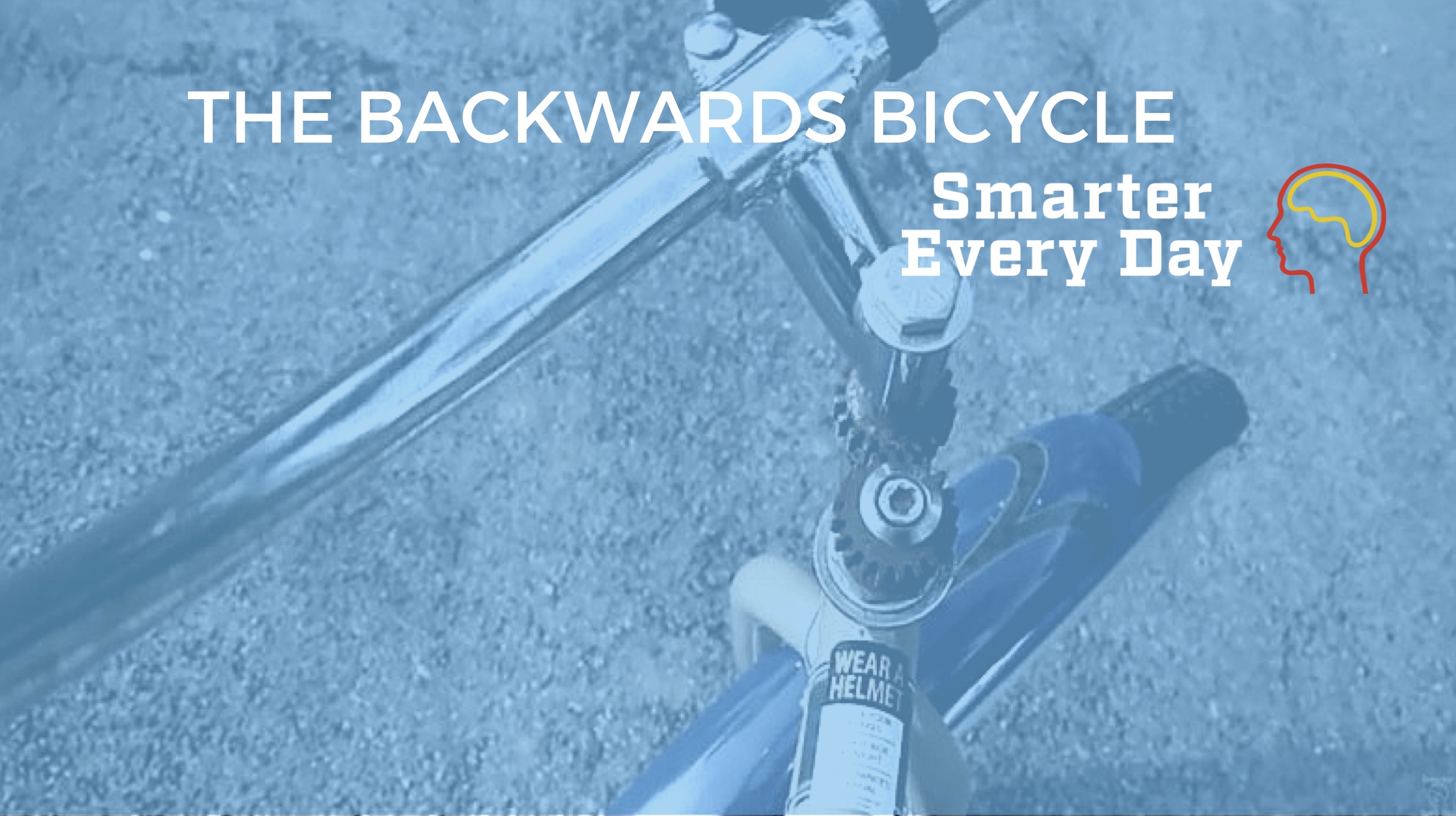 Like most of us, engineer Destin Sandlin, creator of the educational science website Smarter Every Day, learned how to ride a bike as a child. Archival footage from 1987 shows a confident, mullet-haired Sandlin piloting a two-wheeler like a boss.

Flash forward to the present day, when a welder friend threw a major wrench in Sandlin’s cycling game by tweaking a bike’s handlebar/front wheel correspondence. Turn the handlebars of the “backwards bike” to the left, and the wheel goes to the right. Steer right, and the front wheel points left.

Sandlin thought he’d conquer this beast in a matter of minutes, but in truth it took him eight months of daily practice to conquer his brain’s cognitive bias as to the expected operation. This led him to the conclusion that knowledge is not the same thing as understanding.

He knew how to ride a normal bike, but had no real grasp of the complex algorithm that kept him upright, a simultaneous ballet of balance, downward force, gyroscopic procession, and navigation.

As he assures fans of his Youtube channel, it’s not a case of the stereotypical uncoordinated science geek—not only can he juggle, when he took the backwards bike on tour, a global roster of audience volunteers’ brains gave them the exact same trouble his had.

Interestingly, his 6-year-old son, who’d been riding a bike for half his young life, got the hang of the backwards bike in just two weeks. Children’s brain’s possess much more neuroplasticity than those of adults, whose seniority means habits and biases are that much more ingrained.

It couldn’t have hurt that Sandlin bribed the kid with a trip to Australia to meet an astronaut.

Did the arduousness of mastering the backwards bike ruin Sandlin for normally configured bicycles? Watch the video above all the way to the end for an incredible spontaneous moment of mind over matter.

Originally posted in OpenCulture.com on August 21, 2015