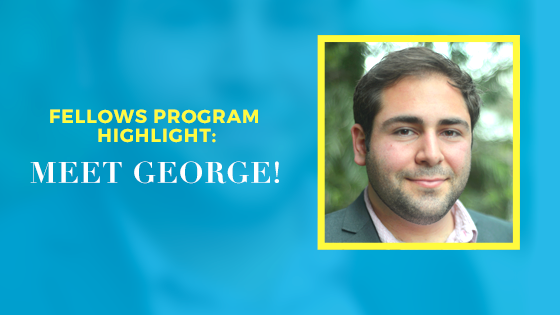 Meet George Hakopiants. George obtained his Bachelor’s Degree in Political Science from the University of California, San Diego in 2012.  Before becoming a Coro Fellow, George served as the Executive Director of the American Hellenic Council of California, a nonprofit, Greek-American cultural and political advocacy group. Outside of his non-profit experience, George was a campaign staffer on a local race for Glendale City Clerk Ardy Kassakhian in his 2013 bid for re-election, as well as a Press Office Intern for then-Senate Majority Leader, Harry Reid in Washington, D.C.

Throughout his time in Coro, George has had the opportunity to come up with creative solutions at some of his placements. The most memorable for George was at his Business Placement with South Park Business Improvement District (BID). The project envisioned the creation of marketing materials for a route that would connect districts across Downtown Los Angeles as a means of bringing that area’s burgeoning population closer together. He came up with the title “Via Pico”, as the proposed route would connect South Park with the Fashion, Industrial, and Arts Districts through Pico Boulevard. In addition to supplemental packets containing information, George filmed, edited, and produced a four-minute video that conveyed the extent to which development was occurring in the area and incorporated statements from community stakeholders to make the case for Via Pico.

Post-Coro, George intends to put these problem-solving skills to use by working as a policy analyst or communications consultant.