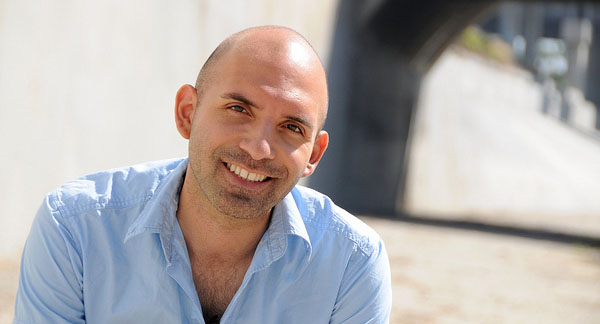 On Friday, MIT announced this year’s recipients of the Hugh Hampton Young Fellowship. Established in 1965 and celebrating its 50th year, the Fellowship seeks to recognize graduate students who have excelled academically and whose humanitarian efforts work to assist and advance the world’s well-being. This year, seven students were selected as fellows.

The fellowship is named for famed urologist Hugh Hampton Young who, in addition to his legacy as an innovative medical professional, worked to forward civic enhancement, the arts, and the then-fledgling field of aviation. In this spirit, the Fellowship in his name seeks to benefit varying fields and generally curious students. The selection process utilizes a committee largely constituted by former Young Fellows in hopes that the recipients will continue to reflect the prestigious goals of the award.

Here are this year’s fellows:

John Arroyo
An Urban Studies and Planning PhD student and former Executive Fellow at the Coro Foundation’s Southern California Center for Civic Leadership, Arroyo studies the interrelated nature of the built environment, migration, and policy. In 2012 he co-created “Play the L.A. River,” a Project 51 program that sought to increase awareness and access to the Los Angeles River as a public space.

Or Gadish
A PhD candidate in Health Sciences and Technology, Gadish’s thesis seeks to better understand the relationship between cancer cells and tumor-resident endothelial cells (EC), which line all blood cells. He is looking to see how healthy EC’s grown in vitro and implanted in a patient can inhibit cancer cells and save tumor-ridden EC’s.

Georgia Lagoudas
A PhD candidate in Biological Engineering, Lagoudas studies the recently discovered microbes that live in healthy lungs. She is currently studying how changes in the immune system or general health status alters the populations and functions of these microbes, using mice as a model system.

William Li
A PhD candidate in Electrical Engineering and Computer Science, Li focuses on data science onon open government datasets. He has recently worked on analysis and visualization methods that lead to better public understanding of laws, politics, and public policy. One such project works at predicting authors of unsigned Supreme Court opinions.

Mitali Thakor
A continuing Young Fellow and PhD candidate in History, Anthropology, and Science, Technology, and Society, Thakor studies exploitation and victimization in the context of digital technologies. Mitali has worked on community sexual health research in the Philippines and has conducted fieldwork in the U.S., Netherlands and Thailand.

Iris Zielski
An MS and MBA candidate in the Leaders for Global Operations program, Zielski has worked on designing a prototype of a wearable-tech device for students in India with impaired vision and on evaluating after-sales service strategies for anesthesia machines in East Africa. Zielski’s thesis research is focussed on digital identification systems for biotechnology supply chains.

Originally posted in the Education column of BostInno on June 2, 2015 by Collin Spinney