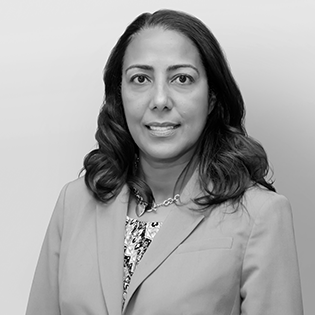 Ms. Moran previously served as Chief Executive Officer at NYC Health + Hospitals/Metropolitan. Metropolitan, a 338-bed acute care facility located in East Harlem, is a member of NYC Health + Hospitals, the largest public health care system in the nation. She was responsible for leading the day-to-day operations of the hospital, overseeing a $355-million budget and over 2,500 employees.

Ms. Moran also served as Chief Financial Officer at NYC Health + Hospitals/Elmhurst, where she oversaw a $570-million revenue budget and 400 employees. In addition, she served as the Project Lead for the hospital’s implementation of EPIC, a leading electronic medical records system. Prior to her time at Elmhurst, she served as the Assistant Vice President of Managed Care, responsible for the negotiation, management, and implementation of the public health care system’s 18 managed care contracts valued at $1.3 billion.

Ms. Moran earned a Bachelor of Science in Mechanical Engineering from Brown University and a Masters in Public Administration from Baruch College. She is an active leader in her community and was involved in the establishment of the Rhode Island Political Action Committee and Brown University Latino Alumni Council. In addition, Ms. Moran has been honored by many prestigious national organizations and was named in 2018 to the inaugural list of “Notable Women in Health Care” by Crain’s New York Business.

Raised in the Bronx, Ms. Moran now lives in Encino, California, with her husband and two children.