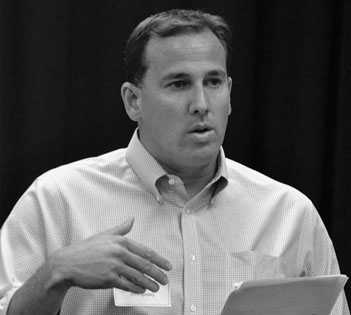 Head of Communications and Strategic Initiatives

Ari Engelberg serves as Head of Communications and Strategic Initiatives at Harvard-Westlake School in Los Angeles, a position he has held since 2015. Ari has been a student, teacher, coach, administrator, and parent at Harvard-Westlake in three separate tours at the school. In 1996, prior to beginning his career in education, while attending graduate school at UCLA, Ari co-founded Stamps.com (NASDAQ: STMP), which is now the Internet postage leader, commanding over 85% market share. At Stamps.com, Ari was responsible for raising venture capital, managing the company’s relationship with the United States Postal Service, and developing strategic marketing and distribution partnerships with other companies. In 2000, after the company’s initial public offering, Ari left Stamps.com to co-found Archive, Inc., a data storage services provider, which was sold in 2002. Ari then returned to his alma mater, Harvard-Westlake, to teach American history and coach basketball for several years. In 2007, Ari became the Executive Director of Bright Star Schools (www.brightstarschools.org), the operator of two successful public charter schools in the mid-city area of Los Angeles. Over eight years of service to Bright Star, Ari helped to grow the organization into one of the leading Charter Management Organizations in Los Angeles. Today, Bright Star Schools operates seven schools that together serve 2500+ students from some of the city’s most underprivileged communities.

Ari sits on the Boards of Directors of Cedars-Sinai Medical Center, the Girls Athletic Charter School (GALS), the first all-girls public charter school in Los Angeles, and Gabriella Charter School, a dance-themed school in Echo Park. Ari also serves as a member of the State Board of Education’s Advisory Commission on Charter Schools. In the past, Ari has been a founding partner of the Los Angeles Social Venture Partners and has held positions on the boards of Bright Star Schools, Ethos Water (acquired by Starbucks, NASDAQ: SBUX), eTeamz (acquired by Active Network, NASDAQ: ACTV), The Sherman Oaks Nursery School, 1in6.org, Valley Charter Schools, the Jewish Venture Philanthropy Fund of Los Angeles, and Jewish Big Brothers-Big Sisters.

Ari holds Bachelor of Arts degrees in Political Science and Psychology from UC Berkeley and a Juris Doctor and Masters of Business Administration from UCLA.