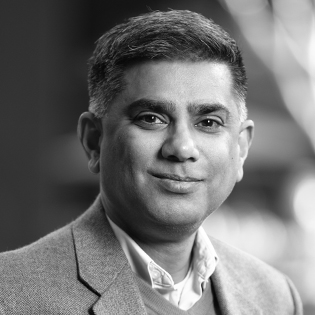 Arun Baheti is vice president of operations for The California Wellness
Foundation. He brings deep executive experience leading teams and
partnering with business units to implement and manage complex systems
in a variety of sectors, including government, non-profit, technology,
financial services, and politics.

Before joining Cal Wellness in 2018, he served as director of finance and
operations for the Writers Guild Foundation and as senior vice president and
corporate counsel to The Bluebook International. He was previously
managing director of the California Democratic Party and California’s first
director of eGovernment in the Office of the Governor. He also consulted for
Covered California, where he led a successful statewide effort to increase
enrollment in minority communities during the Affordable Care Act’s launch.

Baheti is board chair of the Program for Torture Victims, a non-profit that
works to restore the health and human dignity of refugees who are survivors
of state-sponsored human rights abuse. Among his numerous awards are
the eWeek/Technology Manager Forum’s Technology Innovation Best Practice
Award, Wharton School’s Business Transformation Award, and the Council of
State Governments’ Award of Excellence.

He earned his bachelor’s degree in Science, Technology and Politics and in
Political Science from Macalester College in St. Paul, Minnesota, and received
his JD from UCLA. He is a member of the California bar.