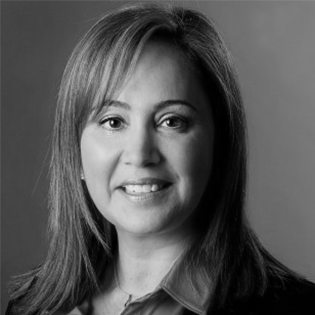 Margita Thompson is currently Senior Vice President of Corporate Communications for Unibail-Rodamco-Westfield (URW), the premier global real estate developer and operator of flagship destinations redefining how people come together. As the communications lead for the United States, she works to extend the company’s influence in the ever-evolving world of retail, restaurants, travel and events while increasing employee engagement. Margita is especially skilled at listening and anticipating trends to uncover the common thread that unites diverse stakeholders toward a common goal.

Before working in the private sector, Margita served in government and the media. She was Press Secretary for California Governor Arnold Schwarzenegger. In that role, she managed a global media onslaught that was the equivalent of a startup for the then sixth-largest economy in the world. Prior, Margita served as Political Producer for CNN’s then highest-rated show, Larry King Live. Before CNN, Margita worked at the White House in the Office of the Vice President as Press Secretary to Mrs. Lynne Cheney and served as California Press Secretary of Bush for President during the 2000 election.

Margita was recognized by the Regional Hispanic Institute as their 2020 Mujer del Año. In addition she was a 2020 honoree at Ragan’s Top Women in Communications Awards and received the Stuart Spencer Visionary Award in 2019 from the Latino Leadership & Policy Foundation. In 2010, Margita received an Emmy as a political analyst with the KCAL/CBS team, for election night coverage. She is on the Board of Directors for CORO Southern California and California Women Lead.

Margita grew up as an only child, with half of her family in San Diego and the other half in Tijuana – she crossed the border at least once a week until she left for UC Berkeley, where she earned her Bachelor of Arts in Political Science. She then went on to complete a Master of Public Policy at Harvard University’s John F. Kennedy School of Government, where she was named the Parker Montgomery Fellow for distinguished leadership in California. When she is not working, Margita can be found deep in a novel, spending time with her two Cavalier King Charles Spaniels – Carlie and Mr. Darcy, or sharing a laugh with friends over a good meal.