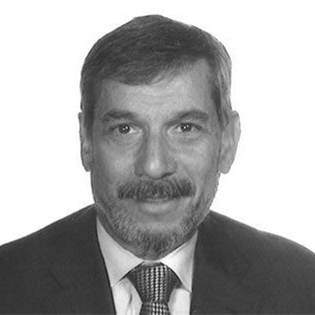 A highly regarded political and public policy strategist, Mr. Lichtenstein is a pioneer in the modern arts and practices of public affairs advocacy and strategic communications. He and the Marathon Communications team provide these professional specialties to major national corporations, real estate developers, government agencies, and nonprofit organizations, forging paths to achieve their goals.

Mr. Lichtenstein formed Marathon Communications in 1982 with the idea of creating a political consulting and management firm capable of providing a full range of services to both candidates and issue campaigns. He engineered dozens of electoral wins in municipalities throughout Southern California, including landmark campaigns involving ethics, elections, and police reform in the City of Los Angeles. As a result of these successes, Mr. Lichtenstein and the Marathon team became widely regarded as incisive strategic thinkers, innovative communicators, and tough grassroots tacticians who score principled wins within budget.

Those principles remain Marathon hallmarks today as the company has broadened its focus to include more generalized public affairs advocacy and strategic communications services. Achieving corporate or institutional objectives in today’s highly charged public policy environment requires effective personal advocacy along with the capacity to think and plan strategically, the ability to deliver effective communications to selected audiences, and the experience to handle the media and public relations implications of all activities undertaken in support of a client’s position.

Mr. Lichtenstein has built a team of skilled strategic communicators and advocates who, following his leadership and hands-on involvement in the day-to-day affairs of the firm, have earned the respect and confidence of such clients as Bechtel Corp.; Warner Bros.; Comcast; Hyatt Corporation; the Academy of Motion Pictures Arts and Sciences; NextEra Energy; Target Corporation; iStar Financial; 20th Century Fox; AvalonBay Communities; RAND Corporation; the Metropolitan Transportation Authority; and the Cities of Pasadena, Burbank, Glendale, Santa Monica, Santa Clarita and Los Angeles. Mr. Lichtenstein received a Bachelor of Arts degree from Connecticut College, a Master’s Degree in Urban Studies from Occidental College, and a Juris Doctor degree from Loyola University Los Angeles. He currently is the immediate past chair of the Greater Los Angeles Zoo Association Board of Trustees, is a member of the Whittier College Board of Trustees, sits on the Fuller Avenue Senior Housing Board, and is a board member of Coro Southern California.