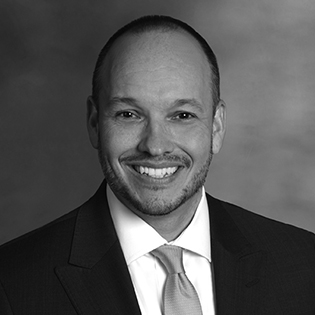 Managing Partner of the firm’s Ontario office, Ruben Duran represents exclusively public agencies in the Municipal Law and Government Policy & Public Integrity practice groups of Best Best & Krieger LLP. He brings a comprehensive, interdisciplinary approach to the practice of public law. With an emphasis on open government and transparency and complex conflicts of interest issues, as well as elections law, land use and planning issues, Ruben also provides special counsel to many of the firm’s clients.

He serves as city attorney for the cities of Ontario and Fontana and general counsel for the Stallion Springs Community Services District near Tehachapi, the Oxnard Harbor District, which owns and operates the commercial Port of Hueneme in Ventura County, and the Crescent City Harbor District at the Oregon border. Ruben also serves as Board Counsel to the Southern California Association of Governments (SCAG), the nation’s largest Metropolitan Planning Organization representing over 190 jurisdictions and nearly 19 million residents across six counties. As general counsel of these public entities, Ruben is responsible for all legal services, including advising the elected boards and staff at public meetings and day-to-day transactional and advisory services on issues such as public bidding and contracting, environmental laws and regulations, land use and planning, labor and employment matters, as well as oversight and management of litigation.

He has experience with public-private partnerships and is instrumental in assisting his public agency clients partner with large financial institutions and nonprofit organizations to finance and construct public projects. These include the use of New Markets Tax Credits for the development of shore-side power infrastructure and an intermodal transportation facility for the Oxnard Harbor District, where he serves as general counsel (completed 2015), and a state-of-the art health and wellness facility in the City of Desert Hot Springs, where he was city attorney (completed 2013).

While attending the University of California, Hastings College of the Law, Ruben was a two-time national moot court champion in the Hispanic National Bar Association’s moot court competition. Prior to attending law school, Ruben served a year as a Public Affairs Fellow in the prestigious Coro Fellowship Program in public affairs.

A frequent speaker and presenter on ethics and open government, Ruben enjoys meeting and interacting with public officials and employees from throughout the State, sharing a common goal of efficient, effective and ethical public service. He was appointed to the California State Bar Board of Trustees in 2018 by Assembly Speaker Anthony Rendon, and appointed chair of the Board in 2021 by the California Supreme Court. He is past president of the City Attorneys Association of Los Angeles County. Ruben serves on the boards of the Institute for Local Government, Coro Southern California and the Southeast Arts and Cultural Foundation.

Ruben is married with two adult sons. He enjoys reading, lifting weights and cooking. Ruben is admitted to the U.S. District Court for the Central and Northern districts of California and the Ninth Circuit U.S. Court of Appeals.