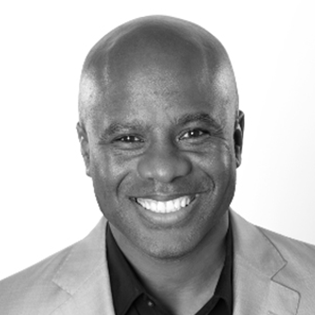 With more than 20 years of bi-partisan lobbying experience at the Federal, State and Local level, Mr. Bland implemented tactical expertise for Herbalife Nutrition’s U.S. Government Affairs operation in more than 45 states, 13,000 Cities and 2,100 Counties and 300 Special Districts throughout the U.S.

From 2004-2008 Bland served as the lead lobbyist for the City of Los Angeles under Mayor(s) James K. Hahn and Antonio Villaraigosa. Prior to joining Herbalife Nutrition, he served as Managing Partner for the  Washington, D.C. based lobbying firm, Porter Tellus, LLC. His focus areas included: land-use and urban planning, trade, transportation, utilities and financial services policy issues. For nearly a decade, Bland provided legislative and regulatory counsel to major corporations including; Toyota Motor Corporation, American Airlines, AT&T, Bank of America and a wide range of national trade associations.

Mr. Bland has been a featured commentator on numerous policy and political media outlets including; MSNBC, CNBC, CNN and the Washington Post. He is a member of the U.S. Conference of Mayors – Business Council and the National Council of State Legislators (NCSL), Corporate Roundtable.

As part of a personal commitment to developing small business, Mr. Bland was appointed to the Los Angeles Latino Chamber of Commerce Corporate Advisory Board, where he led Congressional leaders and senior officials from the SBA (Region 9) on a tour of L.A. County business incubation sites.

Mr. Bland has 1 daughter Kaelin Cristina who attends Faith Lutheran High School in Las Vegas. In 2017, he became a member of the prestigious California Club and was recently appointed to serve on the Coro Southern California Board of Directors.