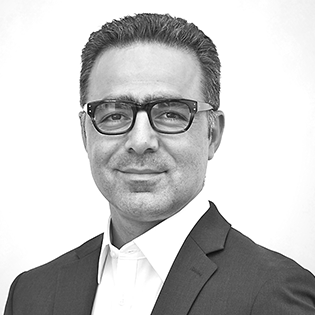 After working within L.A. City Hall for nearly two decades, in addition to leading a national public affairs operation in Southern California, Areen founded Chief Strategies, a boutique public affairs and advocacy firm with deep roots in the LA metro area. With numerous victories on the campaign trail, including two successful city-wide races, Areen pairs his sophisticated experience in L.A. government with top-tier communications and strategy guidance to help lead projects to success.

Prior to founding Chief Strategies, Areen served as Chief of Staff to Los Angeles City Councilmember Paul Krekorian. Here, he oversaw all aspects of the office’s policy portfolio, with a focus on the city’s multi-billion-dollar budget and job creation. In this capacity, Areen was integral to creating the city’s newly founded Job and Economic Development Incentive (JEDI) Zones to spur business development across Los Angeles. He also served as campaign manager for Councilmember Krekorian’s successful City Council bid in 2009.

Areen’s experience in LA City Hall extends back to 2003 when he worked for then-LA City Councilmember Antonio Villaraigosa. He went on to serve in Villaraigosa’s mayoral administration as special assistant to the mayor, as well as a budget analyst in the mayor’s budget and finance shop. He has an extensive background in campaigns and communications, having worked on numerous local races at the local and national levels, including President Barack Obama’s 2008 campaign, along with campaigns for Congressmember Adam Schiff, Mayor Villaraigosa, and many others.

When he’s not working to make the City of Los Angeles a better place, Areen enjoys woodworking, urban gardening, and spending time with his wife and two daughters