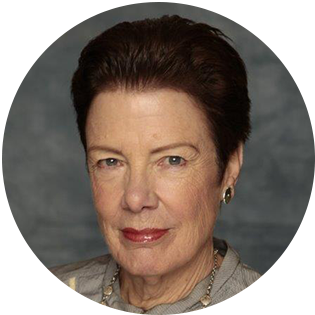 In 1993, after serving as an executive with the consulting firm of Braun & Company/Braun Ketchum, Billie co-founded Greer/Dailey, a LA-based public affairs consulting firm, which helped for-profit and non-profit clients facing land use and environmental challenges meet their objectives.

Recognizing her 30 years of experience in the public affairs arena as an advocate and community leader, Governor Arnold Schwarzenegger selected Billie to direct the Los Angeles regional office and to serve as a member of his senior staff which she undertook from 2004 – 2010. Toward the end of his administration Governor Schwarzenegger appointed Billie to the Exposition Park & California Science Center Board, and Governor Brown subsequently reappointed Billie to this governing Board which oversees the Park. She continues to serve on this state board today, having recently chaired the committee that developed the Master Plan which charts the course of the Park over the next 25 years.

In the closing chapter of her career from 2011-2015, Billie served as President of the Southern California Leadership Council, a non-profit, non-partisan organization, where she worked closely with three former California Governors – George Deukmejian, Pete Wilson and Gray Davis – along with Southern California business and community leaders to address and help resolve public policy issues critical to the region’s economic vitality.

Active in the community, Billie is presently a trustee of the Lowe Institute of Political Economy at Claremont-McKenna College and serves on the Board of Directors of the Television Academy Foundation and as an Advisory Committee member of The Lundquist Institute, the Downtown Women’s Center and CORO’s Women in Leadership program. Over the years, she has served on a number of boards including The Actors’ Gang, PUENTE Learning Center, CORO and VICA, among others.

Billie has been honored by several organizations including the Downtown Women’s Center, which celebrated Billie as its Community hero. She was inducted into the National Association of Women Business Owners/LA’s Hall of Fame and has been honored by several other organizations including LA Bio Med, the Black Business Association of Los Angeles, Alternative Living for the Aging, the NAACP Long Beach branch, Asian Architects and Engineers Association, and the Los Angeles African American Public Policy Institute, among others. Most recently Billie received the Bridge to the Future Award from A Place Called Home.

Billie is a great-grandmother and rides with a Harley-Davidson group nearly every Sunday.