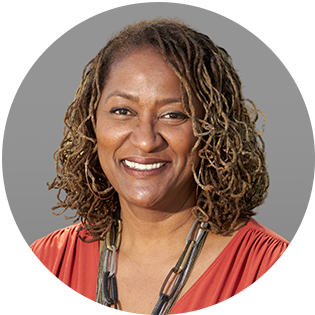 Supervisor Holly J. Mitchell currently serves as Chair of the Los Angeles County Board of Supervisors. As the daughter of parents who were public servants and a third-generation Angeleno, Mitchell leads with a deep understanding of the vital safety net LA County provides to millions of families and is committed to ensuring that all residents can thrive.

Since being elected to the Board of Supervisors on November 3rd, 2020, Supervisor Mitchell has made poverty alleviation a countywide priority and has anchored an equitable recovery plan from the health and economic pandemic caused by COVID-19.

Within her first year as Supervisor, with support of the Board of Supervisors, Mitchell passed a landmark countywide guaranteed universal income program, made LA County the first in the nation to phase out urban oil drilling and has strengthened the County’s ability to quickly respond to mental health crises among our unhoused residents.

Before serving on the first all women-led Board of Supervisors in the history of LA County, Mitchell served for a decade in the California Legislature as a representative for the 54th Assembly District and 30th Senate District, both in Los Angeles County. During her tenure she passed over 90 bills – including the landmark anti-hair discrimination law The CROWN Act, making California the first in the nation to pass this law ending hair discrimination.

Supervisor Mitchell became the first African American to serve as Chair of the Senate Budget and Fiscal Review Committee. Under her guidance, she helped the State of California successfully build its financial reserves with the passage of three consecutive state budgets–each totaling over $200 billion.

Early in her career, Supervisor Mitchell had transformative leadership opportunities serving as a CORO Foundation Fellow, a legislative advocate for Californians experiencing poverty at the Western Center on Law and Poverty, and working for pioneering legislative leaders like the Honorable Diane Watson.

Supervisor Mitchell was awarded an honorary Doctorate Degree of Humane Letters from Charles Drew University and is a proud UC Riverside Highlander.

When she isn’t working alongside the over 100,000 people committed to serving the residents of Los Angeles County, she loves a good cup of tea, watching ocean waves and being mom to Ryan.