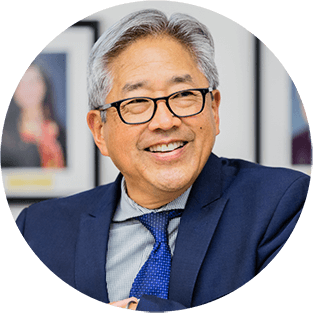 Social Entrepreneur and Facilitator of Change

After a series of start-up experiences in both for-profit and for-purpose arenas, John is passionate about helping organizations and individuals fully express their potential to focus on positive social change. John believes that this potential will be energized by strengthening our understanding of ourselves through our connections to one another. John tries to facilitate conversations to help people and organizations see themselves.

John is the wildest American dream of his immigrant grandparents who came to this country with nothing. A third generation Japanese-American. Married over his head to a woman he met on a plane. A proud father of three college graduates with no student debt. A struggling writer and poet. A humbled activist who is still trying to change the world and not grow up.

Born and raised in the early days of Silicon Valley, John’s dad expected him to become a “public person.” It took him many years to understand that a “public person” was someone his father wanted to be—a person who was social, networked, engaged in community, was a good communicator and had the courage to say what he thought.

John headed to LA to get educated. Earned degrees from UCLA, Occidental, and USC. Was a Coro Fellow in LA, deepening his 40-year love affair with the City of Angels. His quest to be a public person took him on a career traversing all sectors and 18 positions since college.

John’s early work with juvenile felons in maximum security prisons pushed him to become a Big Brother and his current work with at-risk youth and recently released felons fulfills him today. John has concluded that the “public person” journey is infinite. John is grateful for the opportunities to sustain the dream of his grandparents by dedicating his life to helping others build a more joyful, equitable, just, and compassionate world.