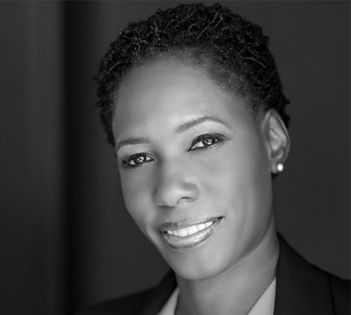 Monique Earl has more than 20 years of experience in the public, private, and not-for-profit sectors, most notably in the area of public finance. Her career history with the City of Los Angeles began in 2002 and spans the Legislative, Executive, and Administrative Branches of Government.

She joined the Los Angeles Department of Transportation (LADOT) in 2016 and currently serves as the department’s Executive Officer. In this capacity, her leadership portfolio includes serving as proxy to the General Manager, directing the Bureau of Employee Engagement & Performance, spearheading the overall financial strategy at LADOT, and management of infrastructure maintenance and project implementation.

Monique earned a Master of Public Administration Degree from American University in Washington, D.C. and a Bachelor of Arts Degree in Political Science from California State University, Northridge. She also serves on the Boards of Escuela Plus Elementary School, Coro Southern California, and the Girl Scouts of Greater Los Angeles. A South Los Angeles native, Monique currently resides in Leimert Park with her husband and children.