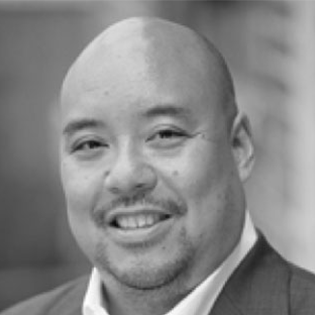 Imprenta’s mission is to empower communities of color by giving them a voice and communicating to them in ways which respects their diversity and understands their culture.  The company’s clients share this philosophy and commitment to educating hard-to-reach culturally and linguistically isolated communities.

Mr. Wong’s work is recognized as “best in the business,” and he has received numerous awards including Boutique Agency of the Year from Bulldog Reporter, and was recognized as one of the Fastest Growing Companies in America from Inc. Magazine, two years in a row.  The Los Angeles Business Journal recognized Mr. Wong as the Asian Business Advocate of the Year 2013, and he was a semi-finalist for the Ernest & Young Entrepreneur of the Year in 2016.  He has also been honored by the State Senate, State Assembly, Los Angeles City Council, Organization of Chinese Americans, among others.

Prior to founding Imprenta, Mr. Wong served on the staff of some of the country’s most prominent elected officials including California Governor Gray Davis, Speaker Willie Brown, State Senator Art Torres, L.A. County Supervisor Ed Edelman, and as a political appointee in President Clinton’s Administration at the U.S. Department of Justice, Community Relations Services (CRS).

Mr. Wong has been a civil rights advocate and has long been active in the fight against discrimination in all forms.  Previously, he served as the Field/Legislative Director of the ACLU of Southern California and was Co-Chair of the Southern California Civil Rights Coalition in the early 1990’s.

From 1998 – 2001, Mr. Wong served as the Chief Deputy Appointments Secretary to California Governor Gray Davis.  In this position, he served on the governor’s senior staff and advised Governor Davis on filling the more than 3,000 appointments to various commissions, boards and exempt positions in the governor’s administration.  From 1994 to 1997, Mr. Wong served as founding partner of Lang, Murakawa & Wong (LMW), one of the nation’s very first Asian Pacific American (APA) owned strategic communications and public relations firms.

Mr. Wong is deeply involved in the community serving in leadership roles in various community based organizations.  He is the founder and creator of the Asian Pacific American Leadership Foundation (APALF).  Utilizing his more than nearly 30 years of experience and insight working in politics, Mr. Wong helped create the APALF because of the recognized need for APAs to serve as elected and appointed leaders in America.

In 2012, Mr. Wong was appointed to serve in President Obama’s Administration on the U.S. Small Business Administration (SBA) Regulatory Fairness (RegFair) Board.  Governor Davis appointed Mr. Wong to the L.A. County Metro Board of Directors and the Board of Governors for the California Community Colleges.  In addition, he is the Former Co-Chair of the Asian Business Association, and Secretary of the California Asian Pacific Chamber of Commerce, Board Member of Center of Asians United for Self-Empowerment (CAUSE) and Member of the Pacific Council on International Policy.

Mr. Wong received a Bachelor of Arts degree in Political Science from the University of California, Los Angeles (UCLA).  He is a recipient of the Sloan Foundation Fellowship at the University of Washington, Graduate School of Public Affairs.