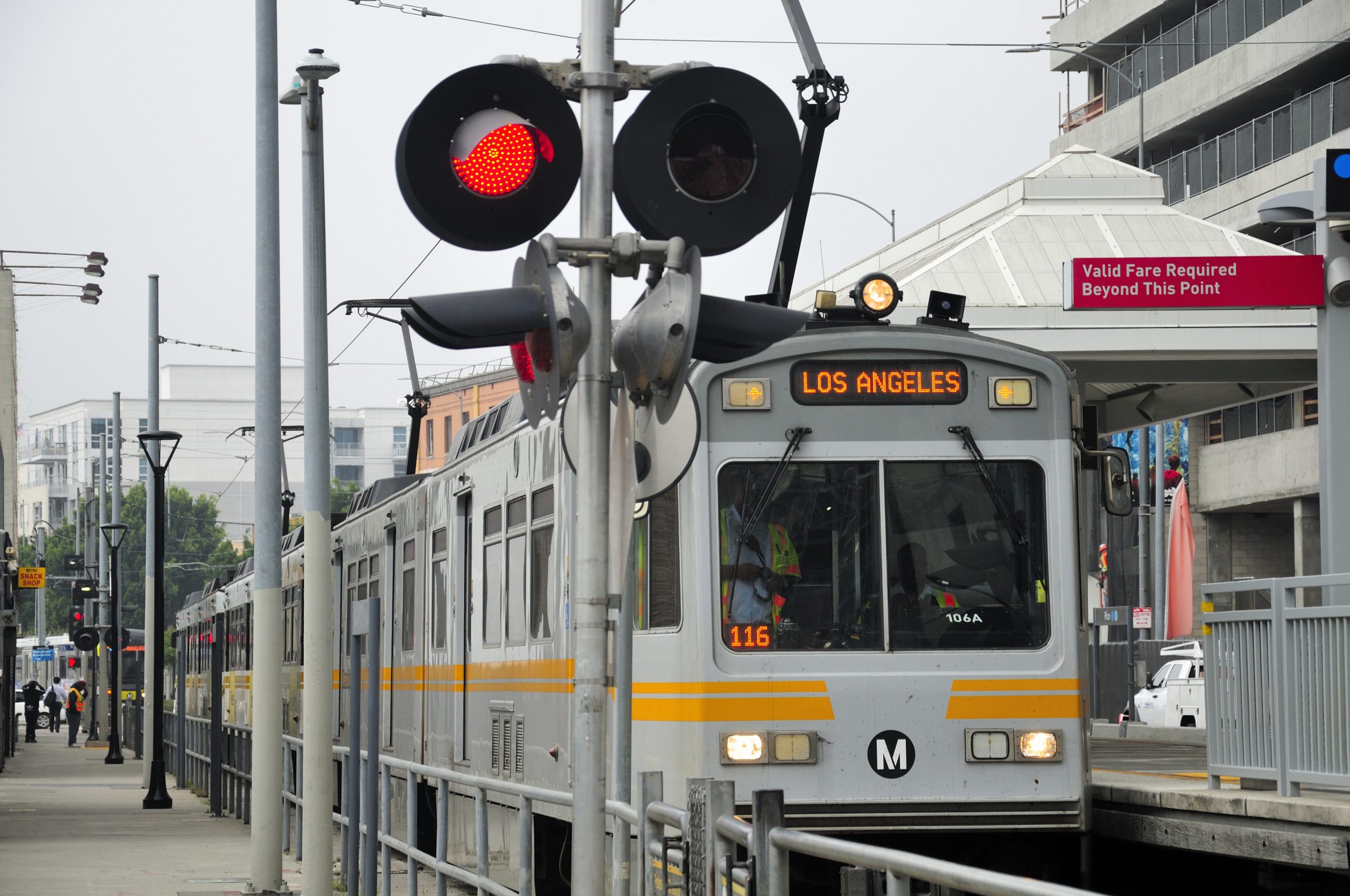 On March 15, 2021 – March 19, 2021 the Coro Southern California Fellows began our Transportation Focus Week, meeting with a myriad of professionals that contribute to Southern California’s transportation landscape. Following our Business Placements, transportation focus week offered us the opportunity to understand where employees are traveling from and how they are arriving at their workplace. Moreover, the COVID-19 pandemic has had negative impacts on the financial health and frequency of ridership of LA’s public transportation system. Fellow Dylan Gray stated the fact that, “LA Metro lost 70% of their ridership due to the pandemic, hindering the company’s ‘Next Gen’ project to increase ridership and make public transportation more efficient.” Despite this drop in ridership, essential workers without a car still had to find a way to get to work. Understanding ridership analytics in public transportation is critical in determining how to create more accessibility in the region and obtaining a full picture of the social economy in Los Angeles.

At the beginning of the week, Fellows were evenly split into three groups that would focus on the challenges of transportation with a slightly different perspective. Fellows were tasked with crafting pitches aimed at improving the transportation landscape of the Los Angeles region from three different approaches: policy, planning/ infrastructure, and innovation/ technology. The competitive spirit was revealed in each group as we began our interviews and research. As we went through our first day of interviews, Fellows discovered where there was, in fact, a lot of room for improvement in the contemporary transportation landscape of the Los Angeles region.

Fellows began the week with public sector entities who laid out the landscape of public transportation in the region and discussed programs currently being worked on to fix issues within the system. Fellows were quick to discover that the pandemic had an immediate impact on work around topics such as increasing bus efficiency and ridership. “Despite the pandemic’s disruption to public transit,” Fellow Alden Lundy noted, “Metrolink used the pandemic to further analyze and identify customer segments that they previously did not know were using the system regularly. Once they were aware of a community that they could serve at a higher percentage, they marketed specifically to them”. This Metrolink example served as a lesson in resilience and adaptive leadership to the Fellows that highlighted how, during times of downturn, it’s important to be prepared with a response for when things get better. This was timely because more of our lives are shifting “back to normal” as the United States announced that all Americans over the age of 16 would be eligible for a COVID-19 vaccine beginning May 1st. This gave Fellows hope that the world is becoming safer to re-engage with in-person, and that we should plan to be prepared for that moment.

Continuing throughout the week, Fellows spoke with private companies such as Flixbus and Bird scooter,  to discuss public-private partnership solutions. Fellow Jamie Lam discussed the progressive nature of these partnerships, “LA is known as a relatively stalwart, stagnant place for transportation—according to pop culture, anyway. This week, I learned more in depth on how LA has become a leader in progressive transportation. Practitioners may be working within a built environment that has already been implemented, but innovative public-private partnerships mean regulation of interesting technology and a digitization that will bring Angelenos up to pace. This is despite the city’s love affair with the car”.

It is no secret that Los Angeles has a primarily single occupancy vehicle (SOV) culture. Fellow James Crisafulli also noted the city’s SOV way of life, “Largely because of LA’s driving culture, parking has become a contentious, hot-button issue. I was shocked to learn that the city has 27 square miles worth of parking spaces, and communities and businesses often oppose transportation infrastructure like bus or bike lanes because it threatens those spaces.” Fellows drew from previous lessons on land use and infrastructure to understand how public-private partnerships could address this tension. New micromobility innovations was a hot topic for the week. However, the region should not undermine the efficiency of the first micromobility infrastructure implemented— the bicycle and the addition of bicycle lanes. Fellow Marissa Mota noted, “Bicycles are the most sustainable mode of transportation ever created by humans. Shifting LA’s car culture to bikes would require some design and infrastructure additions like protected bike lanes and places to securely store your bike. I learned so much about how micromobility can often promote equity by improving services to low-income and underserved communities. Micromobility services have minimal infrastructure requirements, they can be quickly deployed in low-service regions, helping residents get to where they live, work, play or pray.”

The cohort’s passion was to make public transportation more accessible while simultaneously focusing on how it can reduce harm to the environment. Fellow Aditi Shenoy  reflected that, “… you can do almost anything in transportation. If you want to help stop climate change, or improve health outcomes for marginalized communities, or even just understand the intersection of different social and political issues, transportation is an avenue to do that”. Further, Fellow Angel Lira noted, “This focus week has made me understand that transportation is an issue that is truly intersectional. Whether you care about equity, the economy/business, or the climate, transportation is an important route to affect change.” Regardless of whose pitch idea was selected as the winner, the Fellows all gained crucial information on the significance of transportation in the Los Angeles region and how it impacts the health of the social economy.

Speaking of… the winner of our Transportation Week pitches was Team A, for their proposal to Los Angeles City regarding creating “MIMO Hubs” at specific public transit corridors to eliminate identified parking structures that would disincentivize SOV’s and allow for the creation of micromobility hubs that would incentivize public transit ridership.