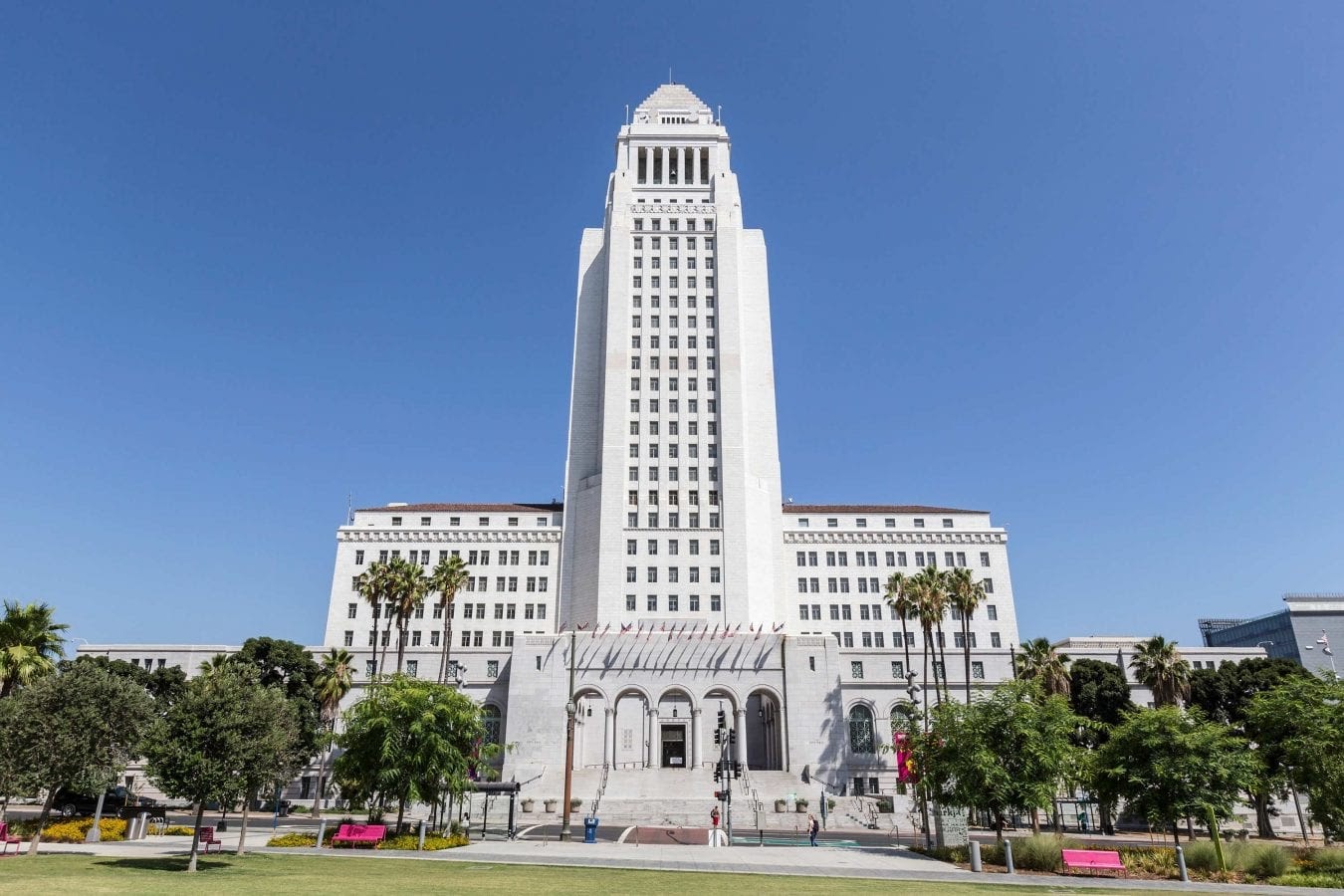 On Monday, January 11th, the Coro Southern California Fellows started our Government Sector Placements, working at a host of departments, commissions, and offices throughout the county. After our electoral politics and nonprofit placements, the government placement offered us the opportunity to synthesize our learnings by directly observing how the public sector sought to address the challenges we had previously identified. The Fellows previously observed how nonprofits often fill the gaps left by a lack of government services and how candidates for office construct campaign platforms in Los Angeles. During the government placement, the Fellows were able to identify how those platforms translated into real governance and how the government assessed gaps in its own capacity. Moreover, government placements throughout the city are facing tremendous budget cuts and a reorganization of priorities as the pandemic rages on, immersing the Fellows in the strategies leaders are employing to cope with unprecedented barriers.

The Fellows worked at all levels of government, from the Glendale Arts and Culture Commission to the Federal Bureau of Ocean and Energy Management. The range in authority, jurisdiction, and capacity of these government entities taught the Fellows about how differently government bodies engage with policy and with residents. At the hyperlocal level, the government’s approach involves extensive resident interaction and engagement, while at higher levels the focus is more on policy development and agenda setting. Moreover, the Fellows got a glimpse of how various types of government arms operate, from a city Councilmembers’s office like that of LA City Council President Nury Martinez, to a statewide agency like the California State Transportation Agency (CalSTA), to a county department like the LA County Department of Military and Veterans’ Affairs.

One common thread throughout many of the Fellows’ experiences involved communication and cooperative links across the public sector in Los Angeles. Fellows learned the value of sharing knowledge and best practices across government entities, which allows public officials to learn from the hurdles faced and the successes achieved by other agencies and departments. At City Council President Nury Martinez’s office, Fellow Jenna Karic learned that in order to address “a pressing issue such as housing and homelessness, it was instrumental to incorporate the work of sister agencies and departments,” especially in collecting and analyzing data. While with the Los Angeles Innovation Team in Mayor Garcetti’s office, Fellow James Crisafulli learned that while communication can falter between agencies, “departmental siloing is being increasingly addressed by cross-departmental initiatives, like the ones being worked on by my placement,” which included gender equity plans for all departments. And Fellow Philine Qian personally experienced the benefits of these ties while working on her placement project with the Glendale Arts and Culture Commission, saying that she “received support from the City of LA, West Hollywood, and more.”

One reason that these interactions between government entities are on the rise, Fellows learned, is the urgency and scale of the COVID-19 pandemic. Government bodies around the county are faced with unprecedented funding shortages, constituent demands, shortened timelines, and systems overhauls. While operating with fewer resources than ever, they are tasked with combating crises of health, equity, and economic despair at the same time. That combination of scarce resources in conjunction with the responsibility of responding to major crises has forced departments to find creative and innovative approaches to solving problems. Fellow Aditi Shenoy was overwhelmed with the volume of work that was accruing at LA Metro’s Office of Extraordinary Innovation, saying that “LA Metro may be ‘slow,’ but it’s slow working on literally thousands of incredible projects at once.” Fellow Jamie Lam, at the Los Angeles Department of Transportation, saw that while more ambitious long-term plans were being reigned in, “with less, LADOT is still focused on doing better and atoning for the harm it has done to BIPOC communities historically.”

Fellow Matthew Rafeedie, who served at the County of Los Angeles, Department of Military and Veterans Affairs said he rarely encountered government officials and public servants scrambling for funds. Rather, they were scrambling for more time in their workdays and more overall capacity. “On a regular basis,” Rafeedie said, “I encountered the same concern from government workers: the need for more people and more human resources to execute an agenda and reach ambitious goals.” With a debate in Washington over increased stimulus and financial support, government agencies and employees in Los Angeles are leveraging all possible assets to advocate for more resources in the year to come. With that said, Washington is not the only source of financial support. Fellows learned that government agencies can and will utilize private sector funding from the business community, especially as public-private partnerships proliferate during the pandemic.

The Fellows were in our government placements in one of the most chaotic and challenging times in modern American history. During our month-long placement in January, COVID-19 cases across the nation were rising to levels not yet seen, a change of administrations in Washington occurred after the Capitol Hill riot, and an economic fallout continued apace. This was the lens through which we came into our government work. The political tumult challenged us, but it also gave us an unprecedented learning opportunity to be in prominent decision-making spaces while leaders across LA struggled with how to respond and make residents feel safe and heard.